When will the found footage craze in horror finally die down? Back in the 90’s when The Blair Witch Project captured the imagination of audiences and terrified them, studios have been keen to continue this trend in horror films. What could be scarier than a film that feels real because it is shot like a documentary which is capturing real life? That is certainly that crux of found footage films and they were seriously popular. Just look at Paranormal Activity which is one of the most profitable films in the history of cinema. There is a tide of people turning on this subgenre of horror but there are certainly people who still love them. That is a good thing because writer-director Isaac Rodriguez is bringing Last Radio Call to a screen near you.

What is this new found footage horror flick about? The opening sequence finds two cops (filmed through their body cams) investigating a disturbance at a rundown and long abandoned medical facility. But when things start going bump in the night, one cop is never seen again. Jump one year into the future and this missing cop’s sister is trying to solve the mystery. The rest of the film is a series of scenes shot by a documentary team following Sarah (the sister) as she investigates this mystery. Throw in some conveniently captured video tapes found and delivered and some flashbacks and you have yourself a horror flick!

But does Rodriguez deliver the scares? The film certainly leans into plenty of horror movie tropes with some jump scares (there is one particular in an old body cam tape that hits HARD). But Rodriguez can build some serious tension during the moments when either Sarah or the cops are wandering around this creep place. Those moments are the most effective as they lean on tension and build suspense instead of some cheap moments. Along with fear, the film does deliver some solid emotions along with it. We care just enough for this woman which works even more due to the solid and committed performance of Sarah Froelich.

But is the film narratively satisfying as well? The story plays out in a bit of a choppy and clunky manner. There are so many different elements of storytelling thrown into this film that it is hard to smooth it out. There are the flashback bodycam sequences, the bodycam clips that Sarah finds (which do fit into the narrative in some way), random clips set in from other people, the standard documentary films from the team, bodycam shots from Sarah herself…and you get the point, right? There are just so many moving pieces to how the story plays out that it is at times hard to feel fully connected and invested. The film also leans onto some familiar and outdated horror tropes that explain the occurrences of the film.

When the credits start to roll, does Last Radio Call leave audiences satisfied? For those familiar with horror films and especially found footage films, this one will probably not feel too special or unique. It leans on plenty of ideas and approaches that you have seen plenty of times before in other horror films. But there is some solid heart that flows from this central performance. 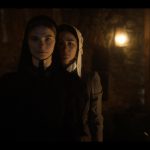 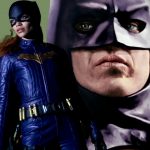