Time travel in film has been really overdone in film, hasn’t it? With classics like Back to the Future, The Terminator, and The Time Machine, it is hard to find a unique and interesting way to shake things up. But what if I were to tell you that there is a small scale and simplistic way to offer something fresh? Director Junta Yamaguchi with a screenplay from Makoto Ueda can find a high concept idea to run with that only involves a small cast, one building, and a pair of computer screens Welcome to the world of Beyond the Infinite Two Minutes.

But what is the unique concept that shakes up a subgenre that has been done so much up to this point? Café owner Kato is a young man who walks up to his room above the café but then something quite strange happens. Kato sees himself on the computer screen in his room…but where does he see himself? Down inside his café…where he just was. What could possibly be going on? This film is quite exciting and interesting, but it is hard to avoid the excessive amount of exposition that is needed to create an understanding of the high concept time manipulation going on. Kato is joined by his friends in trying to mess around and figure out what the heck is going on with his computer screens. When it is realized that there is a two-minute difference in time between the screens, this crew of friends find plenty of fun ways to manipulate the situation.

How does Yamaguchi spin this crazy story into a compelling ride for the audience? The film plays out at a perfect pace as the mystery of what is going on is slowly revealed. There are subtle hints at the being of the film that only make so much more sense once those credits start rolling. Yamaguchi’s deft hand is impressive as he threads this complex and heady science fiction tale into something digestible for the audience. There is plenty of humor in the first half of the film that mixes well with the exposition that is in constant motion. Even if the screenplay is quite exposition heavy, this ragtag group of friends makes that journey that much more interesting. As the film shifts into a more dangerous narrative, there is real poignant tension going on. Yamaguchi can deliver real weight and stakes that make the film feel suspenseful. This tension keeps boiling up through the increasing twists and turns that deliver a powerful punch to wrap up the film.

Does this high concept and intellectual science fiction film deliver the need to goods to make this a must see? With a committed cast and top-notch direction, Beyond the Infinite Two Minutes delivers where it needs to. The impressive camera work that never quits (or cuts) keeps the audience in on the action and the suspense. This is one of the most fun and inventive films you will see to start this year so do yourself a favor and check this one out.

Beyond the Infinite Two Minutesfeatured 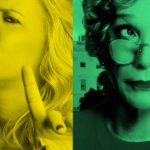 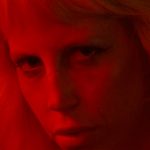