An online push to get a “Scream 6” made, specifically with Matthew Lillard reprising his role as ‘Stu’ from the 1996 original, has caught the attention of the “Twin Peaks” actor. Lillard, also known for his role as Shaggy in the “Scooby Doo!” film series, suggests he’d be up for reprising the role from Wes Craven’s seminal original…

As for whether we’ll see a sixth “Scream” movie, there’s a very good chance. Not only has the film been a ripper success at the box office but both cast and crew have enthusiastically responded to fan demands they want more.

Star Neve Campbell tells THR that she’d be up for another round as Sidney Prescott.

“Yeah, absolutely. It’s down to the strength of the story. I wouldn’t want to do it unless the script is good. It would be hard”

Directors Matt Bettinelli-Olpin and Tyler Gillett revealed they’d be up for it. The duo told Variety: “The whole experience has been such like a family experience, with the cast, with the crew, with the producers. Not to be corny, but it’s been a love fest, and I think we’d be crazy not to want to continue it.” 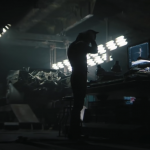 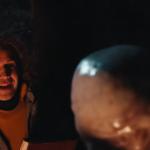