Jackson will star as Dan Gallagher, the object of his lover’s (Caplan) obsession after a brief affair. A deep-dive reimagining of the classic psychosexual thriller and ’80s cultural touchstone, the new series will explore fatal attraction and the timeless themes of marriage and infidelity through the lens of modern attitudes towards strong women, personality disorders and coercive control.

“Joshua is an incredible talent who creates beautifully complicated characters on both the screen and stage,” said Nicole Clemens, President, Paramount+ Original Scripted Series. “He and Lizzy are perfectly matched to tell a nuanced and modern narrative about the complexities of the human psyche. We’re thrilled to partner with them to bring this provocative and captivating story to a new generation.”

Jackson is currently starring as the titular character in the critically acclaimed limited series “Dr. Death,” opposite Christian Slater, for which he received a Critic’s Choice Award nomination in the category of Best Actor in a Limited Series or Movie Made for Television. He recently starred opposite Reese Witherspoon and Kerry Washington in the limited series “Little Fires Everywhere” and in the mini-series “When They See Us” for Ava DuVernay. Jackson’s additional television credits include starring on Showtime’s “The Affair,” “Years of Living Dangerously,” J.J. Abrams’ “Fringe,” “Unbreakable Kimmy Schmidt” and his breakout role in “Dawson’s Creek.” Jackson’s many films include Rose Troche’s acclaimed drama “The Safety of Objects,” the HBO Films version of Moises Kaufman’s groundbreaking play “The Laramie Project,” “Aurora Borealis,” “Sky,” “Cursed,” “Gossip,” “Apt Pupil,” “Cruel Intentions,” “Lay the Favorite,” “Inescapable” and “Bobby.” Jackson starred in the critically acclaimed Broadway production of “Children of a Lesser God,” opposite Lauren Ridloff; in the off-Broadway production of “Smart People,” opposite Mahershala Ali and Tessa Thompson; and in London’s West End production of “A Life in the Theatre,” opposite Patrick Stewart. Jackson is represented by CAA, Anonymous Content and Hansen, Jacobson, Teller, Hoberman, Newman, Warren, Richman, Rush, Kaller & Gellman. 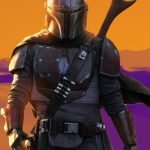 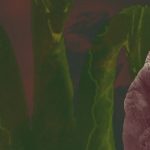