Actress Jacqi Vene (“Fear Street : Part Two”) shot her latest film “The Surprise Visit” during the height of COVID, as she tells SCARE.

Firstly, your backstory is so interesting – the real “I’m heading to Hollywood to become a star!” story. How difficult was it to kick that plan into motion, especially at such a young age?

I moved to LA when I was 18 with about $500 dollars. My dad said “Ill see you in two weeks”. I don’t know if I was dumb or brave because I don’t think I could do that now, but maybe that’s because I don’t need to. When I told my mom I wanted to be an actress she told me “You don’t need to force things they will just happen”. I actually was really annoyed when she said that. I said “No you need to work really hard!” And she kind of laughed and shrugged “Not really”. And she was right in a way. The universe will take care of you if you are willing to put yourself out there. I tried to force a lot of stuff and I still do sometimes, but the best things happen when you go with the flow and do what you love.

Tell us what it was like when you arrived – did you get an agent and manager reasonably fast?

No. It took me a while. I was doing extra work and booked a feature within the first couple months. I got an agent six months in but that one didn’t do anything for me. It took me about three years to find the manager I have now, then the agent. I found her when I was doing a play. It was meant to be because my team is a wonderful group of ladies that I really trust and love. I talk to them all, constantly, not just about work but about life. Its something really special. So don’t settle people!

When did “Fear Street” come up?

Fear Street came up quite randomly. I auditioned for it with like a one minute tape I did in one take and heard back about three months later asking me to come to Atlanta the next day.

I imagine that job would’ve been fun!

It was a dream. I really loved working on that film. Leigh the director, is really fun and amazing to work with. I also made some life long friends and memories on that set. I usually make friends on set because you meet other creative misfits like “WOW CAN YOU BELIEVE THIS IS OUR JOB? WE ARE GETTING PAID?”

How different is “The Surprise Visit” to “Fear Street”, in your opinion?

Very different. In its tone, TSV is more real. There is no magic and its not entertaining in the Halloween vibe way. Its very raw, considering its based on a true story it makes it darker that FS. Also Fear Street is funnier and has some character to it based on which year you are watching (1666, 1978 etc.) also it seems more aimed to the YA group. The Surprise Visit is the real world and to me that’s where the true horror stories come from.

Amazing story. It really lends itself to those locations, too. Where was it shot?

Oh yea. Middleburg Virginia. How stunning. I was in heaven. There are a few photos of me running around the beautiful property of rolling green hills. I think I even caught frog next to the river. I can’t wait to go back. We were also there during October and November and all the leaves were changing from yellow to red. It was a blessing. I really wanted to ride a horse through the vineyards.

It was shot in the beautiful Did you shoot this during the lockdown?

We did! We took lots COVID TESTs and masked up. I didn’t meet anyone new that whole time filming. It was like the crew and cast was all I saw for those six weeks. We also shot mostly outside which was really nice and extra safe!

Are you a horror fan yourself? What are some of your faves?

Fear Street 1978 is one of my favs of course! (; I like horror movies with intriguing and coherent stories it also helps if they are based on true stories because that makes everything much more real. Looks like The Surprise Visit might be a new fav as well! 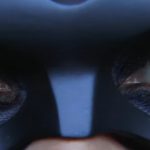 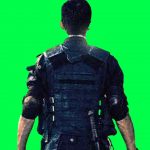