With the multiverse all the rage, and those box-office receipts on “Spider-Man : No Way Home” making even Jim Cameron blush and sigh, no surprise to hear that Marvel are planning even bigger, crazier things with their upcoming “Doctor Strange” sequel.

You’ve likely heard the “X-Men” rumor, now comes word that among the film’s multitude of other-wordly characters, a possible appearance from Daredevil might be on the cards.

Just not the one you’re expecting.

According to Manabyte (via The Direct), former Batman Ben Affleck has been contacted about reprising Matt Murdock from the 2003 film for the upcoming “Multiverse of Madness”.

Per the rumor, ‘the cameo would serve as a peek into Affleck’s Daredevil universe and close the door on that version of the character.’

The scooper isn’t sure whether or not Affleck accepted the offer or not, stating that Affleck is pretty loyal to Warner Bros, who likely don’t want their soon-to-be-former Batman playing superheroes in other studios movies. I’d put money on that being spot-on.

Ben AffleckComic Book MoviesDaredevilDoctor Strange in the Multiverse of Madness 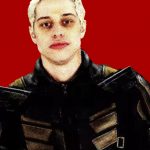 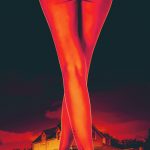