Speaking to the Happy Sad Confused Podcast, largely about having to keep his big “Spider-Man : No Way Home” appearance a secret from nearly everyone in his life (including former girlfriend and “Amazing Spider-Man” co-star Emma Stone), Golden Globe winner Andrew Garfield says he’d be happy to don the latex again for another Spidey outing.

The 38-year-old actor also likes the idea of seeing his Peter Parker go head-to-symbiote with Venom.

“That’s a cool idea”, Garfield said when it was proposed he could team with Tom Hardy in a future film.

The actor thinks there’s a lot of opportunities for his Spider-Man to come back – it’s just a matter of figuring out what they are.

“In terms of moving forward with the character, yes, I am definitely open to that. It would have to be something very unique, very special, and of service to the audience and the character. I think there’s something playful and unique and odd and unexpected to be done. I’m not sure what that is, but if we can figure that out, that would be so much fun.”

“And also, I would love to continue working with Tobey and with Tom. I think that kind of three-brother dynamic is so juicy. To be honest, man, I’m gonna just honestly say I’m so happy and satisfied and grateful to be a part of this. It’s hard to want more right now. I’m really just kind of trying to savor this moment with the fans and with the audience and just kind of say thank you. I just feel very humbled and grateful for the response.” 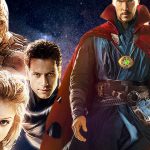 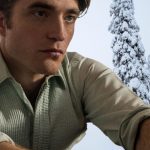