Sony’s “Spider-Man : No Way Home” is prepping for a huge weekend at the box office.

Not surprisingly, producers Adam Pascal and Kevin Feige are reportedly already “actively” developing a sequel to the Jon Watts-helmed blockbuster.

A few weeks back, Pascal even mentioned the possibility of a new trilogy- but pulled back on the premature announcement to The New York Times.

“We’re producers, so we always believe everything will work out. I love working with Kevin,” Pascal said. “We have a great partnership, along with Tom Rothman, who runs Sony and has been instrumental, a great leader with great ideas. I hope it lasts forever.”

Added Feige, “Amy and I and Disney and Sony are talking about — yes, we’re actively beginning to develop where the story heads next, which I only say outright because I don’t want fans to go through any separation trauma like what happened after Far From Home. That will not be occurring this time.”

Feige said we can also expect to see Spider-Man make an appearance in a future MCU film.

“He’s going to show up sometime,” Feige said of the studio-sharing character. “The when and the where, of course, is the fun part — and the part that we don’t talk about.”

Tom Holland, 25, is expected to return for the next film – if not more – but the producers aren’t surprised the actor hasn’t publicly confirmed his involvement yet.

“At the end of the movie we just made [No Way Home], you see Spider-Man make a momentous decision, one that you’ve never seen him make before,” Pascal told the Times. “It’s a sacrifice. And that gives us a lot to work with for the next film.” 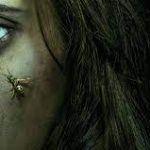 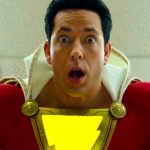