What do you get when you take a real-life controversy and a classic thriller look and throw them together in a film? You get The Scary of Sixty-First. You know it is bold to make a thriller and draw upon the Jeffrey Epstein case. How does this fit into a thriller narrative? Well, two young women move into an apartment and a strange young woman convinces one of them that their new abode was a secret Epstein sex location. Quite bold.

Besides an “out there” premise, what does writer-director Dasha Nekrasova offer in the form of thrilling mystery? One of the most notable aspects of the film is the look. If you look at the grain cinematography and the distinct look to the filming, you will notice something. This film looks like it can be a peer of films like Rosemary’s Baby. This classic look adds a dimension to the film that is quite unexpected. With a look like classic thrillers helps give the film some cred. Unfortunately, some of the filmmaking gets quite shaky and hard to process towards the end but in general, the visuals are a real strength.

But what about narratively? You might have a strange and unique premise to work with but does the actual story around it hold up? This film is honestly a bit all over the place. You have multiple mysteries working including who is “The Girl”, what went down in this weird apartment, and what strange things are happening to Addie? Addie, our lead, experiences strange nightmares and visions. She experiences painful episodes. The film doesn’t necessarily all come together or even make a whole lot of sense…but it sure is an experience! Extra points to the intriguing homage in the final shot of the film.

But what about the ladies who bring this story to life? Nekrasova also appears in her own film and offers a strange and mysterious presence. She is not one of the leads, but she plays a significant and important role in the narrative. Addie is portrayed by Betsey Brown who has a lot of work to do in the film. Her mental state becomes such a large part of the film and Bowen can have a lot of fun with her portrayal. Along with the vintage look, Bowen’s performance certainly becomes one of the most memorable aspects of the film.

It has been established that this one might be all over the place…but does it deliver enough to entertain? The Scary of Sixty-First has flair and craziness to spare which gives enough to make it worth a watch. Nekrasova also shows a lot of promise with her film. Keep an eye out for what Nekrasova has instore next. 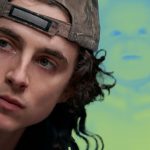 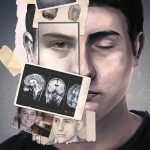