It’s already rumored, and Jason Reitman (who will apparently only produce this next one, not produce) has mentioned it a couple of times, that “Ghostbusters II” villain Vigo Von Homburg Deutschendorf, also known by his historical alias “Vigo the Carpathian”, could potentially return for the next instalment. I hear that’s almost a done deal, and we should hear something official on that and the sequel shortly – as soon as “Afterlife” wraps its international run in January.

With Vigo coming back to haunt New York, makes sense that the one of the returning characters next time around – in addition to the cast of “Ghostbusters : Afterlife” – will be Dana’s offspring, Oscar.

Played by Hank and Will Deutschendorf in director Ivan Reitman’s “Ghostbusters II” (1989), Oscar was but a wee bub when Vigo sought out his vessel for a swap. Now, he’ll be in his early 30’s.
While I’d say it’s going to be a hard snatch, considering how in-demand the “Dune” actor has become, Timothee Chalamet (25) is who Sony fancy the most for the role. Actor Dylan O’Brien’s name has also come up, as has “X-Men” alum Nicholas Hoult, but Sony really want in on the Timothee buzz. Not a surprising wish list, considering these studios usually start at the top and work their way down, but I think the inclusion of Oscar could be fun. Hopefully that means more of Dana (Sigourney Weaver) and Peter Venkman (Bill Murray) too. 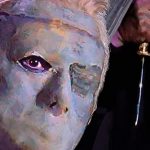 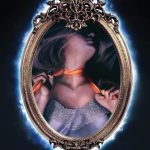