Opening April 21, the film is described as “an action-filled epic that follows a young Viking prince on his quest to avenge his father’s murder”.

Eggers, who directed the acclaimed “The Lighthouse”, told Collider he hopes audiences will feel confident going to see the film in theaters come the new year.

“…my biggest hope is that people will feel confident and comfortable going to movie theaters in April, because this movie really deserves to seen on the big screen because it quite literally is an epic, and the scale of the landscapes and some of the action sequences, and also just it’s more immersive when you’re there.”

Speaking to JoBlo, Eggers said there was no going past former “True Blood” star Alexander Skarsgard for the role of Amleth.

“Yeah, he’s a big Swedish guy (laughs). I mean, Alex is really incredible in the film and truly transforms cause you know if you’ve seen him on talk shows and stuff his persona is kind of a big sweet goofball. But he becomes like a machine in this movie. He completely becomes Hamlet. This impassioned, serious Viking with incredible fire. I mean, I think that there’s some scenes of rage in this movie that are among the most rageful things I’ve seen in movies. It was crazy. It was crazy because yeah, I guess like Alex is six, four, and so is Claes Bang who plays the murderous uncle. And you know, Alex needs to at times be losing or be in peril. So I’m constantly trying to find people who are like 6’6, 6’8, 7 ft, 7’1.” 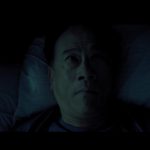 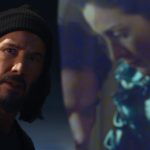