The provocative horror-thriller fixes on 50-year-old Jim who has constructed a perfect life in the world’s most expensive city. When he is unexpectedly laid off, he desperately clings onto the symbols of his success, while wrestling with resurfacing demons from his past.

We spoke to directors Goh Ming Siu and Scott C.Hillyard about the film.

How long had you been looking at bringing Repossession to the big screen?

Scott: We actually began production within a year of coming up with the idea for the film, which is rather quick. But we didn’t expect the post-production process to take another year. That happened because we didn’t have enough money to hire people to work on post full-time, and we also ran out of funds and had to raise more.

When did you first put pen to paper on it?

Ming Siu: We started writing it in April 2017, and finished the first draft within a month. Then we were rewriting all the way until we began to shoot!

What do you feel you brought to the script vs. Ming?

Ming Siu: I have more of a screenwriting background, so I was able to navigate the big picture stuff like plot, structure, and so on.

Scott: I’m an actor, so I was very concerned with the nitty gritty details within each scene, whether the dialogue works for what the characters are feeling, whether their responses are emotionally true, that sort of thing.

Is there anything you had to compromise on?

Ming Siu: Money equals time. If we had more money, we would’ve been able to spend more time on set crafting the scenes to make them work better. Sometimes we knew that what we had was okay, not the best, but we had to move on.

Scott: Also, if we’d known we’d be doing so much ADR in post, we wouldn’t have wasted so much time on set waiting for surrounding noises to die down. Singapore can be a very noisy city.

Is there anything in particular you give Ming sole credit for?

Scott: I had to serve my mandatory military service during the production and post process, so I couldn’t be physically around for a portion of the shoot. And while we researched festivals together, Ming Siu was more familiar with them than I was, so he was able to decide better which to submit to.

Being an independent production, I’d think you probably ended up wearing more hats on it than credited. Was that the case?

Scott: Of course. There’s tons of work, especially mundane tasks, that if you can’t afford to hire someone for, you have to do yourself. For example, going through the rushes at the end of each shooting day, renaming the files, and organizing them for edit.

Ming Siu: And don’t forget after everything is supposedly done. Checking subtitle translations, laying them in, making the end credits, promo graphics, electronic press kit… the list is endless.

If an awards ceremony were going to show a moment from the film, what moment would you ask them to play?

Scott: A snippet of the pivotal conversation in a car between our protagonist and a strange boy, that comes at the halfway point of the film. It literally is where the film pivots and shifts into something else, something uncanny and uncomfortable.

Ming Siu: It’s by far the longest scene in the film, and the one with the most dialogue, when most of the time we have very few lines in each scene. Audiences love that scene because it really unsettles them.

Considering the year, we’ve had, most of us are appreciate film and other forms of entertainment more than ever.  How have you been distracting yourself from outside worries during the past year?

Scott: Just working; nowadays so much of it is from home. Which is also a good thing, since I get the chance to read books and watch films for example, and do things for myself that I otherwise wouldn’t have the time to do if I’m constantly on the go.

Ming Siu: I’ve just been concentrating on work, both ours and work-for-hire. And visiting my favorite arthouse theatre in Singapore, watching amazing films like Pig.

I forgot to ask, did you have to shoot this during the pandemic?

Scott: No, we completed everything before that. We were in the middle of our festival run when the pandemic hit. And it’s kind of funny because we were in a lot more festivals once it hit. Everything went virtual.

Ming Siu: That meant we could actually “attend” most of the festivals and do online Q&As, which we wouldn’t have been able to do if they were physical events, given the high costs of international travel.

Did theater closures, and other kafuffles, cause a dint in your distribution plans at all?

Scott: To be honest, we don’t know. Being independents and new to the international scene, it’s not like we have previous experiences to measure it against. Might we have made more of a splash and attracted more distributors? Who knows?

Ming Siu: In Singapore, it definitely did. When theatres reopened, the chains were wary of anything that wasn’t completely mainstream, because they had been starved of revenue for so long, they couldn’t take any chances on something that might not make them money. We had limited screenings at an arthouse theatre, but social distancing measures meant that revenue was slashed by more than half, and we also couldn’t really interact with the audience and do Q&As.

Scott: We have a feature film project that was in the Bucheon International Fantastic Film Festival (BIFAN) Project Market, so we’re developing that.

Ming Siu: We also have a couple of ideas for shorts that we are considering making, since those are easier financially to produce than a full feature. 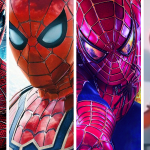 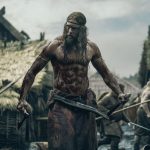