When something strange happens in a random retro Oklahoma town…who ya gonna call? I think you know who. After decades of floating around the paranormal occurrences of New York City, Jason Reitman takes the Ghostbusters franchise to Oklahoma but there are plenty of ghosts to go around. With the death of Egon (respectfully with the real world passing of Harold Ramis), his daughter (Carrie Coon) and his grandchildren (McKenna Grace and Finn Wolfhard) come to his rundown to get away from their own problems. What ensues is a strange little town full of the incredibly strange that has been haunting these parts since the mysterious origins of the town.

But how does Ghostbusters: Afterlife match up to the rest of the franchise up to this point? Where the 2016 film did not really deliver what many people wanted, Afterlife is packed full of all types of nostalgia. Actually…maybe too much nostalgia. There are really two types of films going on in one. The first half or so feels like a quality legacy film that builds off the past and sets up an endearing journey for Grace’s Phoebe as she discovers her past. I felt invested in her journey trying to live up to the legacy of the grandfather she never knew. Then…there is the second half. The film becomes progressively rushed as it sprints through plenty of the exact beats of the first Ghostbusters. What is the worst part? The original Ghostbusters felt completely unnecessary while also stealing some of the spotlight from the new young cast. Was it the best turn for the narrative? Not really but I sure as heck enjoyed the ride.

The cast was one of the most important elements of the original film…how does this new one measure up? Grace gives a fun, genuine, and quirky performance full of heart and charm. Phoebe is a character worth rooting for and I cannot wait to see more of her. Unfortunately, Finn Wolfhard’s character feels tacked on without much going on. Honestly, they could have just had one grandchild and the film would have been perfectly fine. Phoebe’s friend Podcast is incredibly charming and makes for a perfect pair with her. Carrie Coon is snarky and fun as their mother who doesn’t really get to shine until almost the end of the film. Paul Rudd is such a delight but unfortunately gets undercut for the sake of nostalgia. We get to enjoy the remaining Ghostbusters but in a small dose (with even a surprise development from another). There are a few more surprises along the way that will surely make fans happy.

But what does the young Reitman bring to the franchise his father helped create? In the opening scene, Reitman shows that he has a good handle of horror. This opening sequence is draped in atmosphere and suspense which the film never really lives up to again. There are a few more moments in the film that feature some horror elements but generally the rest of the film is either funny or sentimental. Reitman can pack a solid heart into the film especially with some subtle moments surrounding Phoebe’s interactions with a special paranormal entity. The score feels like a perfect continuation of the originals which give it that classic feel. Where nostalgia and a messy and rushed third act causes issues, Reitman’s direction feels pitch perfect for the film.

Was this the Ghostbusters film you were hoping for? Afterlife packs plenty of nostalgia while recycling plenty from the original film. This might not be the best thing but there is still plenty to enjoy about this long-gestating sequel. Sit back, give in, and have yourself a blast along the way. 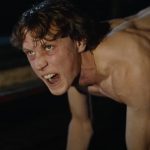 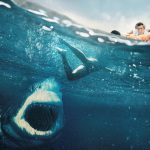