The untitled sequel is in production in Budapest and will reportedly be set in the modern world where samurai clans have continued to exist in secrecy for centuries, according to an official press release.

The film will be written by John Swetnam and first-time feature film writers Aimee Garcia and A.J. Mendez, who fans might know as her time in WWE under the name AJ Lee. Garcia and Mendez are both co-writers of the comic book series ”GLOW”, as well as ”Dungeons & Dragons: At the Spine of the World”.

“We are excited to continue the story of these ancient Japanese samurai warriors with this next chapter of the 47 Ronin film franchise set in modern times,” says Glenn Ross, General Manager and Executive Vice President, Universal 1440 Entertainment. “This all-new production features some of today’s most talented international action stars. We think fans worldwide will be thrilled with director Ron Yuan’s vision of diverse and inclusive samurai warriors.” 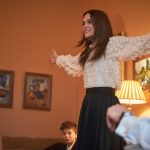 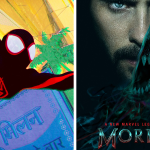