As previously reported, some of the characters from Netflix’s “Daredevil” are returning – portrayed by the same actors, albeit in slightly different form.

We’ll see just how different Charlie Cox’s Matt Murdock is when he makes a surprise (!) appearance in next month’s “Spider-Man : No Way Home” and shortly after, we’ll see what Marvel are doing with Vincent D’Onofrio’s Kingpin.

D’Onofrio has reportedly been contracted to reprise his role in a new “Daredevil” series for Disney+ in the near future. Expect a big difference with this Kingpin, though…

Get ready to see this version of Kingpin pic.twitter.com/5mu0KVONnT

The version of #Kingpin that we see in #Hawkeye will reportedly be the huge one, with a fat suit and CGI used to bring him to life. (Via: @RPK_NEWS1) pic.twitter.com/LgM1TMgrXj

One added bit. Seems there’s a possibility we might see Kingpin in another series, if even briefly, before the new “Daredevil” :

We shall see, right!? 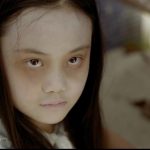 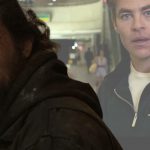