“Scream” and “The Craft” star Skeet Ulrich will star in Mackenzie Munroe’s “Salvation”, a “dramatic thriller” about a troubled foster child is given a final chance to make good when she is sent to live with a kind couple in rural Tennessee. She soon learns however that her foster family is not quite what they seem as she is drawn into their world of snake-handling worship where even holy people can do evil things.

Per Deadline, who has the scoop, Ashley Moore (“I Know What You Did Last Summer”), Theo Rossi (“Sons of Anarchy”), Devon Bostick (“Okja”), Claire Forlani (“Mallrats”) and Thomas Jane (“The Punisher”) are also aboard the film.

Alex Runnels wrote the script for the film, which is currently in production in Boston.

“Riverdale” alum Ulrich has a few genre pics on the way, including disaster pic “Supercell” and Brad Anderson’s “Blood”. 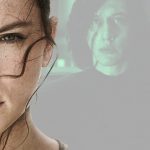 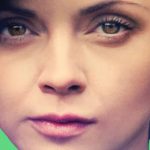