Daniel Dae-Kim (“Lost”, “Hawaii Five-0”) has been cast in “The Last Airbender”, Netflix’s small-screen take on the classic Nickelodeon series.

RLJE Films, a business unit of AMC Networks, has picked up select rights to “Creepshow Season 2” from Shudder,  AMC Networks’ streaming service for horror, thriller and the supernatural. The sequel series will be available on December 7, 2021 on DVD and Blu-ray, each for an SRP of $34.98.

Screen Media has picked up US rights to the found footage horror film “Stoker Hills” from director Benjamin Louis. The shingle is planning a day-and-date release in January for the Tony Todd-starrer.
In the secluded town of Stoker Hills, three college students filming a horror movie find themselves trapped in their own worst nightmare. Their only hope for survival is two detectives who find the camera they left behind in the woods.

The trailer for Dark Star Pictures’ “Ankle Biters”, from director Bennet De Brabandere, has been released ahead of its November 16 release.

Paramount brass say one of the next “Star Trek” films may be an animated one based on Sony Animation’s “Spider-Man : Into the Spider-Verse”. [More…]

Matt Smith says he was indeed attached to play a role in “Star Wars : The Rise of Skywalker”. “We were close to me being in it and then it never quite happened. I think the thing they were thinking of me for, eventually it became obsolete and they didn’t need it, and so, I never got to be in ‘Star Wars,’ there we are.” [More…] 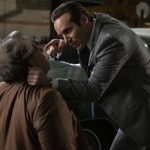 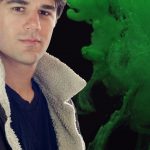