Were you caught up in the phenomenon that was The Sopranos? I personally was not. At the time that series was running, I am not even sure I knew what HBO was. It certainly wasn’t the maturity of it since as a 10-year-old I watched The Godfather (thank you to my grandpop who introduced it because “it was my culture”). It is so interesting being an Italian American from New Jersey and thinking about what my representation is in the media. Most of it would be the Mafia. The Sopranos continued that trend. I recall watching a few episodes one summer when my brother binged the whole entire series. Despite my lack of connection to the series (I have watched the first two seasons), that trailer for The Many Saints of Newark got me. When the theme (“Woke Up This Morning”) hit at the end of that trailer…it GOT me.

What else got me excited for this new prequel? THAT cast. Alessandro Nivola…Vera Farmiga…Jon Bernthal…Leslie Odom Jr…Corey Stoll…Ray Liotta…should I keep going? The cast in this film is off the charts. Nivola is an actor who is so great in everything he is in, and it was great to see him getting a leading role. Everyone else get plenty of time to shine as well, including a double role for Ray Liotta. But there are some special shout outs to Michael Gandolfini who portrays the younger version of the character his father defined. Michela De Rossi is a breakout performer in the film as well as a young Italian woman who is connected to multiple men in the film.

But there are some problems with all of this, right? There are just too many moving pieces in this film, and they do not feel like there is a defined direction for the film. What are The Many Saints of Newark even about? There are racial commentaries throughout the film that become a central premise. You also have Nivola’s arc as Dickie Moltisanti as he confronts his relationship with his father, uncle, brother, and nephew. Then you have the prequel aspects of the film that focus on young Tony Soprano as well. AND there is even more going on from there. So many different quality ideas but never enough depth for any given subplot. This film feels like a greatest hits album instead of trying to branch out on its ideas and offering something with depth.

There are plenty of characters and stories to follow up this alt season but what about the house itself? With multiple subplots, director Alan Taylor can keep up a solid pace (even if some plot threads feel rushed). The end of the film just called and threw plenty of ideas into the limited times. The production design is a nice change of pace as well with this period drama. The music choices also do some heavy lifting to help the audience connect with the time. Overall, the story that is delivered is not the most engaging and focused even if most of our characters have some personality. This is an engaging and interesting film that allows the audience to get lost in the story along the way. If you are a few of this series or gangster film in general, speak up! Make sure your voice is heard and continue to see the support need to keep you where you are at.

The Many Saints of Newark 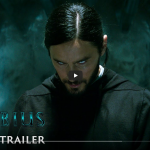 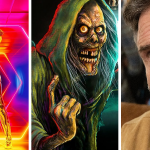