Who is ready for the latest film in the MCU which is bigger and bolder than ever before? How can that be true though? How can something possibly be bigger than Avengers: Endgame? Eternals make the threat of Thanos look like a minor scuffle. Director Chloe Zhao hopes in the driver’s seat for this epic space adventure that takes place over the course of thousands of years. But who are these Eternals? This group of beings have come to Earth to protect us from the beasts known as Deviants (all through the orders of the great creators of existence, the Celestials). This epically long Marvel film introduces a team of ten new heroes and plenty of backstory to the greater MCU.

But does this all come together? Zhao does her best to wrangle this epic narrative that jumps through time. The visuals are gorgeous with great use of muted colors and grade scale. The Celestials are awe-inspiring in their size and effects. The Earth that we see in the film is striking as well. You can feel Zhao’s energy here even if it still feels like a Marvel film. The action (when it comes) is engaging and well shot (because there must be some action in a Marvel movie, right?). There are some other trademarks of Marvel films like the humor which I think works well for some characters (Kumail Nanjiani nails it of course) …but not for all. There are some moments that would have benefitted from a lack of humor. But one thing that Zhao can do that most Marvel films don’t is deliver a deeply emotional and morally ambiguous journey.

Zhao makes this film stand out from a technical standpoint but what about thematically? Eternals is arguably the most densely thematic MCU film to date. The look at religion that the film tackles was unexpected and looks at many different perspectives. The loss of faith is central to many of the characters’ motivations when it comes to their loyalty to their Celestials (their gods). There is quite a bit of tension that builds between the Eternals as some will not allow their faith to be shaken (at any cost) while others search for a new place to invest their faith and connections. The film also looks at one’s purpose and how they fit into the world they live in. These themes turn out to be the real conflict of the film which unfortunately makes the Deviants a bit of a wasted opportunity and distraction.

But this film doesn’t feel fully fresh, does it? There are still plenty of Marvel tropes along the way like a big third act fight, “let’s assemble the team” narrative, and constant humor to balance out the freshly melancholic tone of the film. There is also plenty of exposition and heavy lifting that needs to be completed to make sure all these characters are lined up. We have fun and silly side comic relief characters. But of course…the end of the world is coming, right? You also have quite a bit of world building and setting up for future films and properties (including Kit Harrington’s future Black Knight showing up as our lead’s boyfriend).

With so many characters to follow, does this story do them all justice? Not quite. Time for some rapid-fire analysis…Gemma Chan’s Sersei is an endearing and relatable figure and Chan portrays her with tenderness and zeal. Richard Madden’s Ikaris is honestly a bit stiff, but Madden does deliver a few inspired scenes with some strong emotion. Salma Hayak has a great presence as Ajak but she is really just relegated to being parental and explaining things. Angelina Jolie delivers an emotional and physical performance that stands out as Thena. Don Lee’s Gilgamesh is the “heavy” of the group with heart and charm (so naturally he quickly became my favorite). Nanjiani’s Kingo is loads of fun but has some surprising moments of presence and emotion. Lia McHugh delivers the most complex and interesting character of the group is the surprising deep Sprite. Brian Tyree Henry, as Phastos, gets one of the more interesting roles portraying the inventor of the group whose morals are compromised and his priorities reassessed (and being the first openly gay hero of the MCU and sharing some actual intimacy with their partner). Makkari is portrayed by Lauren Ridloff who is the first deaf hero who is a speedster with some strong feelings towards another Eternal (but unfortunately is sidelined for almost all the film. Then you have her counterpart Druig who has mind control powers leading to some of the most challenging scenes in the film from a moral standpoint (portrayed with an ever-unique presence by Barry Keoghan). Wait…that is it right? Phew.

Does Eternals deserve all the criticism that it is getting? I don’t believe so. There is some emotional distance which can hurt it. There is a lot going on and maybe too much for this singular project to chew on. There are some characters who are wasted along the way. But there is some exciting action and challenging themes along the way. This committed cast brings the film to life. Big…bold…engaging…Eternals swings big and hits the ball of the wall for a solid double. 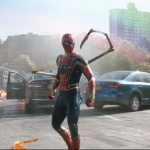 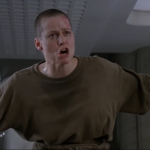