With Paramount’s long-running “Star Trek” label chalking up sumly numbers on the box these days, no surprise to hear that the network might be looking to bring some of the faces from the bigscreen incarnation over.

Karl Urban, who plays Dr. Leonard H. “Bones” McCoy, is rumoured to be reprising the role for a small-screen series. The ‘Bones’ series is whispered to be one of several shows set in the J.J Abrams universe of films (“Star Trek”, “Star Trek Into Darkness”, “Star Trek Beyond”) being developed, per Daniel Richtman.

As for whether Urban will reprise ‘Bones’ for the bigscreen again? Yet to be decided. While a new “Star Trek” film was recently commissioned, it hasn’t been confirmed whether or not the cast of Abrams’ films will return for it.

The TV spin-off rumor remains as such until Paramount confirms it. 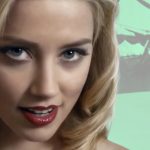 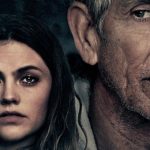