UPDATE : We can confirm that Casey Ryback will be recast for the new “Under Siege”. More soon…

This morning, the trades reported that genre filmmaker Timo Tjahjanto and Umair Aleem will be directing and writing, respectively, a reboot of ’90s classic “Under Siege” for US streamer HBO Max.

While it hasn’t been confirmed if the new film will be a complete do-over of the Steven Seagal starrer, considering the actor’s enthusiasm to reprise his Casey Ryback character over the past few years there’s a good shot Seagal will be involved. Further, earlier this week, it was confirmed that a fifth “Lethal Weapon” movie starring and directed by OG lead Mel Gibson was also in the works at HBO Max – so there’s a good shot they’ll be calling the headline act of the original “Under Siege” films too. Makes sense, after all, the original films have a huge built-in audience and Seagal, despite getting on in his age, still has a legion of fans – especially internationally.

As recently as 2014, Seagal said he even had a storyline cooked up for a potential “Under Siege III”.

“I think that America and Russia should be great allies and great friends. And can be.” the actor told The Big Issue. “What I want to do is write a movie, which I’ve sorta already done, where Russian special forces and American special forces work together to combat terrorism. The only way for us to prosper as a human race is for us to get along. There are hundreds of millions of people that want that.”.

Tjahjanto is also currently attached to direct the New Line remake of Korean hit “Train to Busan” which will be called “Last Train to New York”. 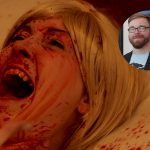 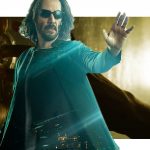