Likely best known for his role as Samuel T. Anders in the groundbreaking science-fiction series “Battlestar Galactica”, actor Michael Trucco seems to have easily managed to squeeze out of a box some might be keen to place him following the success of the SyFy hit. As the actor tells SCARE while out promoting his new film “Disappearance at Lake Elrod”, searching for varied characters, as well as being gifted with luck, has helped him move beyond space.

How did you manage to escape being pigeonholed after success of “Battlestar Galactica”?

I suppose I am very fortunate for having explored a whole variety of characters after the run of Battlestar Galactica. There is a lot of luck at work here as well. Always is for an actor. And one would be remiss not to acknowledge that A LOT of our success is predicated on that luck. I’m always very aware of that, and never take anything for granted in this business. Always be grateful. You never know when the ride is going to end, so cherish it. But to answer that question directly, I wouldn’t have necessarily been disappointed to be pigeonholed into the sci-fi genre. It’s a great medium to explore story and character and break the constraints of reality. There are so many great projects and stories to be told in this genre, and I’d love to re-enter into those worlds at some point. I think it just worked out that the projects that followed BSG were all of varying genres and types. I was looking to change it up a bit and was fortunate that these other shows hired me.

And now you’re in another huge series, ‘Midnight Mass’ as well as the new mystery thriller ‘Disappearance at Lake Elrod’….when did both these projects come along?

‘Elrod’ was the first of the two to come across my radar. We shot it back in early 2018. I thought it was an intriguing script with a fantastic twist or angle, if you will. I was given an appointment to meet the casting directors along with the director, Lauren Fash, and I guess things went well in the room because…here we are! Just prior to ‘Elrod’, I had also done a couple of films in the horror/thriller genre. The first was ‘Hush’, in 2016. And the other was ‘The Bye Bye Man’ in 2017.
And this all led up to how ‘Midnight Mass’ came along. Both films were produced by Trevor Macy and his Intrepid Pictures company. And, of course, HUSH was written and directed by Mike Flanagan. Trevor and Mike are long time collaborators and partners. So when Trevor called me in early 2020 and invited me to be a part of Midnight Mass, I jumped at the chance. I think I may have actually literally jumped! I was walking my dogs at the time Trevor called, and I remember feeling like a kid that just found one of the Golden Tickets to Willy Wonka’s Chocolate Factory! Having worked with Mike and Trevor before, I knew what an honor this was and what an incredible creative experience it would be.

Location of ‘Elrod’ is itself a character in the movie. Where did it shoot? Did you relocate?

The film was shot entirely in the state of Georgia in a charming little town called Ellijay in the northern part of the state. And you’re right, the location is part and parcel to the story. It becomes almost a character in the film. It’s so important to storytelling that the location be authentic and reflect the mood and tone of the script. It’s really quite a beautiful part of the country, and being somewhat isolated in a small town helped inform the ‘southern’ setting of the characters. I did stay in a small hotel just outside of Ellijay for the duration of the shoot. It was only a couple of weeks, so it wasn’t a conventional “relocation” for me.

How did you relate to Trip Carmichael?

These are tricky roles to approach when I’m preparing for a character at the start of a new project. The antagonist, or the proverbial ‘bad guy’ so to speak. There’s a trap that we as actors can fall into whereby we tend to judge our character from the perspective of the audience. Trip is not a nice man. He’s easy to despise. So MY job is to try and discover what made him like that, and why he does and behaves like he does, and not judge him for it. All of us, everyone in general, we are all fear- or need-based at our essential core. Our needs and fears inform how we develop from an early age, and depending on how those needs and fears were met can have profound effects on our behavior moving through life. So I always try to find an understanding and then create a history or a back story, if you will, to the character that supports the behavior in the script and then justify that behavior accordingly.

For every character you play, do you tend to come up with your own backstory if there isn’t one on the page?

The short answer is YES. As I mentioned before, it is my job, to the best of my ability, to fully inhabit the character I have been tasked with playing. I need to understand what it’s like to walk in his shoes and see the world through his eyes. Often times, the script is the best place to look. The answers are there when the material is good and the writer has fleshed out the characters and their behaviors. So I tend to absorb as much information from the script as I can. And that means reading it several times if need be. And never just my own parts or scenes. You really have to read the script in its entirety and treat it like a detective combing through evidence. Often times, there are great insights into your character in scenes between other people in the script that may be talking about your character when you’re not there. So I never gloss over pages that have scenes that I don’t appear in…I might miss something. And if, for some reason, there is very little to be gleaned from the script about my character, then I do go and provide a back story and a history to help fill in the blanks in my own mind as long as they are consistent with the story and the writer’s intentions. 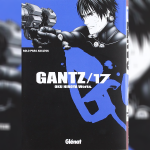 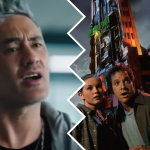