Hey folks, today’s interview focuses on Black Holler which is releasing on VOD November 16th. I got the opportunity to interview the director of the film, Jason Berg.

How did you get involved with BLACK HOLLER?

At the time I was working freelance in Nashville, mostly music videos and promotional pieces, when Rachel Ward (Heggen) reached out to see if I’d be interested in meeting about a project she was developing with Heidi Ervin. I knew Rachel from college when we were both at MTSU and had heard of Heidi as a local standup, but we’d never met. They pitched the idea of a horror/comedy short film that played with a lot of the established genre tropes, and I loved it. After many writing sessions, a few false starts, and a crowdfunding campaign, that idea grew into Black Holler.

What was your favorite part about working on the film?

The cast and crew. We were so lucky to have the people working on it that we did and all of them brought an incredible amount of talent to the table. Our cast are genuinely funny people, and they took real ownership of their roles. It was a very collaborative set, and we were always open to trusting our actors and letting them try things, which I think ultimately made the film better. When you’re on a project as big as a feature with the shoestring budget we had everything can fall apart if people don’t buy into the idea. Everyone who worked on this deserves a tremendous amount of credit because Black Holler would’ve been just words on a page without them.

What were some of the major influences for your work on the film?

We always joked that BH was ‘Evil Dead’ meets ‘Wet Hot American Summer’ with a little ‘Airplane’ absurdism sprinkled in and I think that’s pretty spot on. All of us are huge fans of the horror genre, especially the 80’s slasher segment of it, so we knew that we wanted to make a campy movie about a camping trip. A lot of those movies from that period also had minuscule budgets so we felt they were good analogs for what we were trying to do.

If you could pick one reason why audiences should check out BLACK HOLLER, what would that be and why?

It’s FUNNY! Our goal for Black Holler was to make a film that was entertaining first, and I think we succeeded. We didn’t take ourselves too seriously while we were making it and if you approach it with that in mind, I think you’ll have a good time. Plus, it has an amazing original soundtrack from Bruce Ervin with all the synth stabs and guitar solos synonymous with the era. It’s a blast! 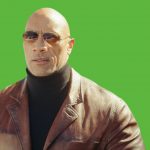 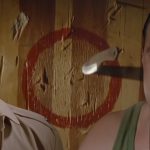