With Warner Bros taking their sweet time to lock Henry Cavill down to reprising his Man of Steel for another Superman movie, don’t be surprised if Marvel snaps up the “Justice League” actor in the meantime.

Recent rumors suggested the star of Netflix’s “The Witcher” was being courted to play comic book character Captain Britain.

Asked by The Hollywood Reporter which character he would want to play in the MCU, the actor responded: “I’m never going to say a Marvel character that is already being played by someone else because everyone’s doing such an amazing job. However, I have the internet and I have seen the various rumors about Captain Britain.”

“That would be loads of fun to do a cool, modernized version of that — like the way they modernized Captain America. There’s something fun about that, and I do love being British.”

No that Cavill has given up all hope that he won’t put on Clark Kent’s spectacles again.

“I would absolutely love the opportunity [to return]. The killing of Zod gave a reason for the character never to kill again. Superman falling to the ground and screaming afterward – I don’t think that was originally in the script, but I wanted to show the pain he had. I did far more emotional takes they didn’t choose; tears were happening,” Cavill recalled. “He just killed the last remaining member of his species. That’s the choice he made in that moment, and he’ll never do that again.”

“There’s an opportunity for growth after that, to explore the psyche of Superman as a deep, seemingly invulnerable god-like being but with real feeling on the inside. As I always say, ‘The cape is still in the closet.'” 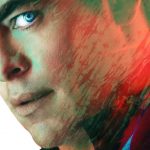 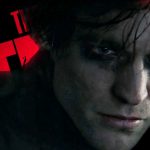