Speaking with Inverse about the upcoming prequel “Army of Thieves”, “Army of the Dead” helmer Zack Snyder let slip the title of the Netflix horror romp’s sequel.

Speaking with Inverse, Snyder says it’s likely “Planet of the Dead” will see the return of Matthias Schweighofer’s Dieter character, who also appears in the horror-less prequel.

“But the real adventure would be to see what happened to him [Dieter] when that safe door closed. Did he get killed by Zeus or not? What happened? We don’t see him die on camera, and there’s still some time left. I won’t tell you what happens in Army of the Dead 2 – aka Planet of the Dead – but let’s just say that there’s a chance Dieter survives. And there’s a chance that brush with death would have caused him to want to find a jailed Gwendoline.”

“Army of Thieves” hits Netflix in February. “Planet of the Dead” is in development. 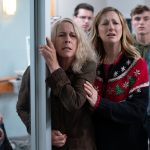 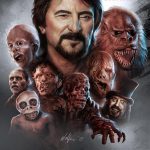