At exactly 12:01 am AEST tonight, you’ll be able to set your peepers onto the first look at Matt Bettinelli-Olpin & Tyler Gillett’s “Scream”.

Rumor had it that the film was going super-meta, and that the original cast were going to playing themselves in the film. Not so, it seems, with word out of the intersphere that main trio do indeed reprise their roles of Gale, Dewey, and Sidney, respectively.

Here’s a little tease of the trailer, sent over by the kindly folks at Paramount :

In addition, a new poster and several new images from the film hit the internet today. Check them out!

It’s Always Someone You Know. #ScreamMovie – Only in theatres January 14, 2022 pic.twitter.com/NUujkTRlY1 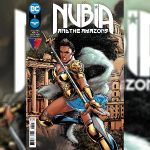 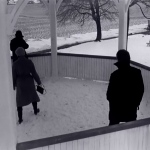