A malevolent force preys upon the residents of a sleepy nursing home in The Manor, a gothic tale of terror with a modern twist. When a mild stroke diminishes her ability to care for herself, Judith Albright (Barbara Hershey) moves to Golden Sun Manor, an assisted living facility with a sterling reputation. But despite the best efforts of the staff, and a budding friendship with fellow senior Roland (Bruce Davison), strange occurrences and nightmarish visions convince Judith that a sinister presence is haunting the massive estate. As residents begin to die mysteriously, Judith’s frantic warnings are dismissed as fantasy. Even her devoted grandson Josh (Nicholas Alexander) thinks her fears are the result of dementia, not demons. With no one willing to believe her, Judith must either escape the confines of the manor, or fall victim to the evil that dwells within it.

I cannot lie to you fine people, horror has been going off the rails lately. Creators are dabbling in the usual scenarios we are all used to, but the span of creativity has been lacking in the mainstream world. You have films like A Quiet Place or the work of Ari Aster that are doing something incredibly unique, but for the most part, it’s the same 6 or 7 scenarios. Which isn’t terrible. In fact, putting a new twist on a known scenario is actually pretty exciting. But, there hasn’t been that much to get excited about lately. But, 2021 is proving to be a year of promise in the world of horror. And The Manor is a project that deserves to be placed front and center as an example of the resurgence of wonderful horror projects. The Manor is a perfectly written horror story with an impressive visual execution.

Without getting too far into the spoiler territory, it is suffice to say that The Manor has more realistic skepticism than one may be used to in the world of horror. Specifically, the film has a logical group of villains. I will personally state that as a person who indulges in the world of horror regularly, it’s usually pretty damn clear who the enemy is right from the start. But with this film, it’s a little bit different. You fall in love with Judith right away, that’s just going to happen with an actress like Barbara Hershey. You’re rooting for her right from the beginning. But….what if she is crazy? The common horror fan is going to deny and deny because we have to root for Judith. But, with such a wonderful written story, the logical side of us is bound to surface and throw us off a bit. This is a concept that we honestly don’t get enough in horror film writing these days. But writer/director Axelle Carolyn has discovered the formula to writing a film in the vein of a Craven or Carpenter of days past, or the Aster of the present. She is an absolute blessing to the world of horror.

The film is elevated by performances from the aforementioned legends like Barbara Hershey and Bruce Davison, but it would be a crime to not acknowledge the likes of Nicholas Alexander or Ciera Payton. Their presence alone added so damn much to this story. And I have to say that I had some real Nurse Ratchet-esque feelings in regards to Stacey Travis’s performance. I hated her character so much that I starting to think that I might hate Stacey personally. Of course that is absurd, and is hopefully actually a testament as to how incredible of an actress she truly is.

The Manor is a brilliantly executed horror film. It is extremely well written, has a wonderful cast, and is everything you are looking for in a modern horror film. I sincerely cannot recommend The Manor enough. There isn’t a single element of this film that regular horror film fans are not going to enjoy. And in regards to newcomers, if this is a first for you all, you are in for a wonderful bloody treat. 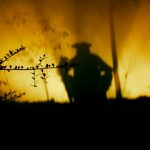 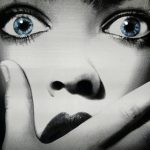