The world of horror is a one of vast possibilities that lie within what are actually a few commonplace circumstances. Yet, time and time again, these common traits (demons, mythology, a trip to the woods, etc.) there are films that manage to stick to the mold, yet break it entirely. And Demigod is definitely one of those great films that manages to do so.

The film centers around an American-raised woman who travels to her birthplace of Germany with her husband upon the death of her somewhat estranged yet sort of beloved grandfather who left her a house in the beautiful countryside. Somewhat swiftly, things take a turn, and the echoes of a childhood laced with stories of fantasy and bloodshed come back to haunt her current state.

With 4 films in the same amount of years, filmmaker Miles Doleac has managed to create some of the finest indie horror films of recent years. And while this is not to discredit his previous work, I just have to say that the fact that one person created such films as Demons, Hallowed Ground, The Dinner Party, and Demigod, is a sure sign that we have a genius in the making. Doleac clearly has an eye for originality in an industry of financial limitations but so much imagination. His films don’t feel indie at all. They are simply well shot and brilliantly executed original stories. Demigod may fall into the back order of the aforementioned film catalogue, but that should really say something great about the talent that this cat holds within the world of horror.

And as with some of his previous projects, Demigod finds him showcasing the talents of some of the finest performers in the world of film today. Television phenom of shows like Man in the High Castle & Continuum, Rachel Nichols,  and Yohance Myles (First Family, Ambitions) have an undeniable chemistry that leads you to root for them as hard as you can. Doleac also managed to bring back one amazing actress who has consistently elevated his filmmaking and performances. And that would be the awe-inspiring up and coming actress Lindsey Anne Williams. She’s done some amazing work with Miles, and others, in the past, but she truly shines here as Hettica. I will always continue to sing the praises of the Doleac/Williams pairing even after they are the megastars that they deserve to be. And hey, we even get an appearance from the likes of Mallrats legend Jeremy London! Such a brilliant cast. From the stars to the soon to be stars, there isn’t a bad performance to be found in this one.

While Demigod is absolutely a film that is performance driven, it is impossible to ignore that this is a project that has a damn near flawless story to tell. It has so many popular elements mixed into the story, but the biggest element is that of surprise. Just when you think you know what is about to take place, you will soon begin to mistrust your judgement not only in knowing what will happen in the world of horror, but in your life in general. Seriously Folks, it’s that good.

Demigod is an indie horror gem that truly delivers. If you’re looking to be terrified, this is what you are looking for. It’s not just a fun watch, it’s a wonderfully made film all around. 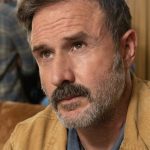 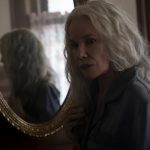