Ann Sarnoff Is dividing up the budgets of Warner’s next slate of blockbusters – a good majority of them will be on the steeper-end of the price scale while some of the marquee titles will be more modestly-budgeted mid-budget ventures.

Why? Having seen there’s still coin to be made from skipping theaters and going direct to Warner’s HBO Max streaming platform, it’s been decided to release half of the next dozen-or-so tentpole flicks to the big screen and the remainder to their streaming platform.

While I hear a large number of those that are being priced for HBO Max are action and thriller films based on existing IPs (like more “Sopranos”, and another “Lethal Weapon”), there’s heavy talk of making several films based on horror properties like “Deep Blue Sea”, “Evil Dead” and “From Dusk Till Dawn” especially for the streamer. Those make sense, considering they won’t likely have the box-office pull of an “Exorcist” or “Beetlejuice” sequel- both of which are in the works on the theatrical side.

No doubt the brass over at WB will be watching those “Paranormal Activity : Next of Kin” – which premieres on Paramount’s streaming platform – numbers closely on the weekend. 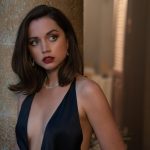 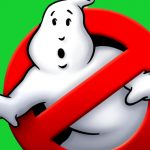