After being abducted by a child killer and locked in a soundproof basement, a 13-year-old boy starts receiving calls on a disconnected phone from the killer’s previous victims. That’s the plot of director Scott Derrickson’s latest “The Black Phone”.

Hot on the heels of raves coming out of Fantastic Fest (Indiewire says “every aspect of the film is emotionally arresting”), Universal Pictures has released a new trailer for unique genre jaunt – and if the new trailer below is anything to go by, looks like we’re in for a rousing, wicked good time that sees the mainstream horror film and atmospheric and complex character piece meet welcomingly in the middle. If the couple of minutes on display here is evidence, “The Black Phone” encompasses a compelling tone, a consummate sound design, and a reminder that Derrickson (“Sinister”, “Doctor Strange”) and actor Ethan Hawke are of Hollywood’s most fascinating filmmaker-actor teams.

We caught up with Derrickson to chat about the trailer.. and his love of David Lynch.

It really is all about the trailer these days, isn’t it?

Oh, for sure. A trailer can make or break a movie. I was asked earlier ‘what do you think makes a good trailer?’ – and I thought that was such a good question – and I said two things, first, you have to essentially capture what the movie is, and what it represents, and secondly, you can’t show too much. You need people to want to know more about the story. And I think this trailer does that quite well.

Are you sitting in there, in the editing room, asking for additions and subtractions along with the editor?

No, no.. I was given one trailer earlier on, and I didn’t like it. I gave them notes about why it wasn’t good and so we kinda started over. I was very happy with the [new] trailer, it’s very representative of the film.

They do, yeah. I’ve never been to any so I don’t know how they do it or where they do it but they definitely do.

I have to ask – and I haven’t seen the film  – but was David Lynch an inspiration for “The Black Phone”? Your use of sound, and those dark, eerie and very atmospheric visuals in the trailer remind me a lot of “Lost Highway” and “Mulholland Drive”..

Yeah, most definitely. I think David Lynch is probably our most sophisticated filmmaker. Lynch and Ingrid Bergman are the two people that have a deep understanding of what cinema should do and can do more than any other medium. If David Lynch had done more mainstream movies, he’d probably be one of the most popular filmmakers of all time – but I’m glad he didn’t, he’s an artist – of the highest regard.

I went and saw “Lost Highway” four times at the theater – I went back three of those times just to hear the sound. I love the film, and I love how it looks, but I went back just to study his use of sound and the impact it can have.

Is “The Black Phone” set in the Derrickson movie universe?

There is a world where these characters all exist, yeah. So yeah, the answer to that is.. yes.

You must be happy that the movie is really theatrically, especially after the unpredictable, up-and-down couple of years the industry has had?

I’m so excited about it. It’s a really emotional movie – easily the most emotional movie I’ve made, and it’s my favourite thing I’ve made – I’ve seen it four times now with an audience, and there’s nothing better. A good horror movie, with a full audience, is just the best.

Is this a franchise starter or just a one-off for you?

You know, we’ll see, it certainly can be a franchise starter, with the mythology, there’s plenty of places where it could go. It might be a different time of film but I think there could be a franchise, for sure.

“The Black Phone” is in Australian Cinemas January 27 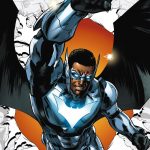 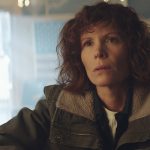