While there was some scuttlebutt that December’s “Spider-Man : No Way Home” would – in addition to some other returning villains from earlier films – be bringing back Paul Giamatti’s ‘Rhino’ from “Amazing Spider-Man 2”, that rumour has been quashed with confirming that the film’s villain line-up consists only of the following : Doc Ock (Alfred Molina), Green Goblin (Willem Dafoe), Sandman (Thomas Haden Church), and Electro (Jamie Foxx). 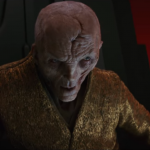 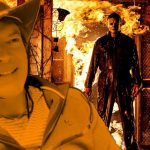