It was a risky move at the time, and it was a gamble that didn’t initially pay off, but the only Michael Myers-less instalment of the Halloween franchise, 1982’s ”Halloween III : Season of the Witch” has gone on to become a bonafide favorite amongst the horror community.

The film, written and directed by Tommy Lee Wallace and starring genre icon Tom Atkins, was proposed as the first in a series of films that would’ve featured separate stories from the one told in John Carpenter’s “Halloween” (1978) and its sequel.

Carpenter and Debra Hill thought the franchise had the potential to be an anthology series of films that centered around the night of Halloween, with each film containing its own spooky story and characters. The one here revolved around a town doctor (Atkins) discovering a small-town mask maker (Dan O’Herlihy) was planning a mass murder involving an ancient ritual on the holiday.

When Blumhouse decided to revive the “Halloween” franchise it made sense that they’d continue the Michael Myers story but as founder and CEO Jason Blum tells SCARE he’s got a soft spot for “Season of the Witch” and you might just see that story continue down the line.

“I completely agree”, Blum responds in suggestion to “Season of the Witch” is one of the most underrated films in the series. “I’d love to work on that.”

“I have ideas for that”, Blum continues, “…Things we’d like to do.. ideas where we’d take it.  I’d love to do something with Season of the Witch, for sure.”

At the moment, Blum says their hands are tied because they’ve only made a deal to do the three “Halloween” films they’ve been working on.

Blumhouse’s latest “Halloween” film “Halloween Kills” features a subtle nod to “Season of the Witch” though.

“You can thank David [Gordon Green, the director] for that”, says Blum.

Look for our interview with Blum later in the month to coincide with the local release of “Halloween Kills”. 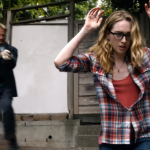 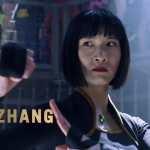