Yup, sure are a lot of Batman-related flicks in the pipeline over at the Burbank base.

Got room for another, IMDB?

According to industry insider Daniel Richtman, a film based on “Batwing” is in the works at Warner Bros.

No word on whether the DCEU project will be live-action or animated but, assuming everything listed above hits big for the studio, bet it on it being human-led.

“Batwing”, for the unversed, was a comic title featuring a character who modeled himself on the Caped Crusader, Batman. He was known occasionally as ‘the Batman of Africa’.

Batwing is one of several superheroes patterned after the famous superhero Batman. Batwing, in particular, was conceived by Batman as his crime-fighting counterpart overseas, ‘the Batman of Africa’.

Some of those who have adorned the Batwing-suit include David Zavimbe, a Congolese police officer and martial artist Luke Fox (also the son of Batman aide Lucius Fox) – currently a character on the CW’s “Batwoman”, portrayed by Camrus Johnson.

With Michael Keaton rumoured to have been contracted to reprise his Batman for several new DCEU projects, in addition to “The Flash”, wouldn’t be at all surprised if he ends up in a supporting player in this. 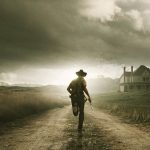 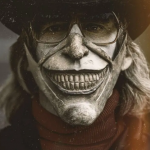