A reboot of sci-fi fave “Babylon 5” is in the works from Studio JMS and Warner Bros Television, who produced the original series.

According to Variety, original series creator J. Michael Straczynski is onboard to write the project.

The “from-the-ground-up-reboot” will go like this : John Sheridan, an Earthforce officer with a mysterious background, is assigned to Babylon 5, a five-mile-long space station in neutral space, a port of call for travelers, smugglers, corporate explorers and alien diplomats at a time of uneasy peace and the constant threat of war. His arrival triggers a destiny beyond anything he could have imagined, as an exploratory Earth company accidentally triggers a conflict with a civilization a million years ahead of us, putting Sheridan and the rest of the B5 crew in the line of fire as the last, best hope for the survival of the human race.

None of the originals are believed to be attached to the new version. 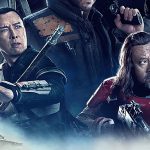 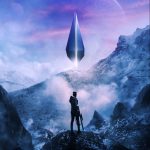