The official trailer for Dread’s “VAL”, starring, and opening in In Select Theaters on October 1st, On Demand on October 5th + Blu-Ray on November 2nd, has been released.

Fin, a wanted criminal, hides out with an escort named Val, a demon. Val offers to make his problems disappear if he follows her rules. She has been expecting him all along and it won’t be easy to escape Val’s dungeon.

Synopsis: Fin is a criminal on the run, wanted for the murder of his boss and the accidental shooting of an officer. He breaks into the home of a high – class escort, only to discover that you get more than you bargain for with VAL, short for “Valefar” – a demon who offers to make all his problems disappear if he agrees to follow her rules. But in Val’s world there are no accidents, and as Fin meets her other “customers”, he learns that Val was expecting him all along, and it isn’t easy to escape Val’s dungeon. 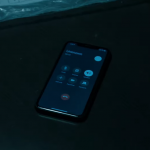 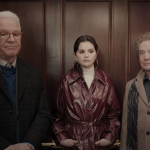