Following yesterday’s title reveal, Paramount+ has released a trailer for “Paranormal Activity : Next of Kin” – which will air on the streamer October 29.

The seventh entry in the horror franchise stars Emily Bader, Roland Buck III, Dan Lippert, and Henry Ayers-Brown and is said to be “an unexpected reimagining of the beloved horror franchise.”

Paranormal Activity Next of Ken 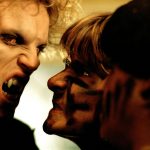 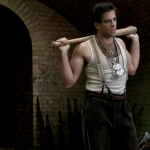