Are you ready? Marvel is back with a new entry in the growing saga of the MCU! For me personally, it has been over two years since I sat in a theater to enjoy a Marvel movie. There were 100’s of seats yet only 15 attendees but it was a theater experience, nonetheless. What is even more exciting is the fact that fans are getting treated to a brand hero with a unique background. In a time where the comic genre is terribly saturated, fresh stories and new perspectives are the way to go. Director Destin Daniel Cretton delivers a fun ride that is equal parts martial arts action flick and big-time fantasy epic. Who is ready for that?

Who is Shang-Chi? Simu Liu portrays a man who lives a simple life with his best friend, Katy (portrayed by Awkwafina), but he has tons of secrets. Through usual flashback sequences, we discover a history of abuse and intense martial arts training at the hands of Shang-Chi’s father, Wenwu a.k.a. “The Mandarin” (Tony Leung). The film is packed with exposition (which can be a bit too much at times) and world building (which is honestly awe-inspiring) as we learned of Wenwu’s long history of ruling the world in the shadows thanks to his Ten Rings (both his weapons and his personal army). Shang-Chi, his badass and capable sister Xialing, and Katy are whisked away into a battle for the souls of humanity. What fantastic stakes do we have there?

There are plenty of characters and mythology filling this film but do audiences get a satisfying journey along the way? This film is over two-hours long and does get a bit choppy when it comes to pacing due to start and stop storytelling, but it is hard to argue that it is not a fun ride throughout. I laughed quite a few times as both Liu and Awkwafina bring the charisma and charm to their characters (who make a fantastic pair together). The action in the film is top-notch and blows the fighting in most Marvel films out of the water. The mixture of different martial arts and fighting styles paired with fun set pieces make for a great action film. The third act battle is CGI heavy and packs in tons of fantasy action. The CGI can get a bit unconvincing at times but that is a smaller gripe when most of the action is so great. There is a bit of a second at lull, but that final confrontation whips you right back in. There are even a few surprises along the way for MCU fans that are fun and effective. Even the music is packed with personality that really brings the energy out of each scene.

Sure, there is plenty of fun to be had in this film, but do you get depth to go along with this fun? The familial themes throughout the film are impactful and insightful. You can feel the fractured relationships in the film and the emotion that goes along with trying to rebuild them. Liu and Meng’er Zhang (portraying Xialing) have great chemistry and you can feel the trust as it builds towards them. Wenwu is a surprisingly strong antagonist who has deep-seated motivation for his actions. His love for Shang-Chi’s mother is portrayed so well through flashbacks, especially an amazingly charming fight sequence in which Leung gets to flash his silent charm. There are real stakes on both a MCU level as well as a deep familial level. There are great stingers during the credits that set up great elements to come to the MCU but this film never loses sight of the heart and family at its core. Each character is motivated by love for someone and how they handle grief lands them on their side of the conflict.

Is Shang-Chi and the Legend of the Ten Rings a worthy addition to the Marvel Cinematic Universe? This one might be one of my new favorite films in the MCU and on top of that, Shang-Chi is a new hero to watch. No surprise here…Marvel has another win on their hands.

featuredShang-Chi and the Legend of the Ten Rings 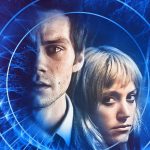 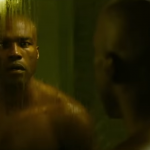