As most obsessive horror movie fans can agree, enjoying a decent indie horror demands a sort of suspension of belief and negation of believing that a film operating on a tight budget truly cannot be compared to a Hollywood blockbuster. In the end, it is the storytelling that matters. And Folks, while it has its faults and frustrations, Royal Jelly is just the sort of indie horror film that die-hard fans will certainly enjoy.

The film revolves around Aster (Elizabeth McCoy), a loner from a broken home who doesn’t have much to live for, rather than a distant memory of her deceased mother and their mutual love & respect for, you probably guessed it….bees. Feeling outcasted and ridiculed, it’s not until she meets an unusually cool substitute teacher, Tresa (Sherry Lattanzi), who begins to take her under wing both proverbially and physically as it would be. As Tresa slowly begins to groom Aster to be the new queen of her very bizarre hive, chaos ensues and it only gets crazier as the film progresses.

As previously mentioned, storytelling is key in the world of indie horror. And Royal Jelly is a film that has a very unique story to tell, even though it rides a fine line between decent and almost insufferable. Again, the story is there, but the timing and pacing is a bit off throughout the film’s entirety, but I would dare say that it’s not enough to take the average indie horror fan completely out of the progression of events. Anything that may be considered “negative” about the film is obviously revolved around obvious budgetary concerns and nothing to do with lack of talent both behind the scenes and on screen as well. McCoy, as a fairly new performer, actually showed the greatest amount of promise during the most intense scenes. While she is obviously fresh to the game, she sure can play a distressed and pissed off woman, and is sure to make a splash in the world of horror in the future.

While being a fan of indie horror does mean having some understanding of budgetary restraints and restrictions, a truly well story must be told. And I truly believe that writer & director Sean Riley has done this with great success, and I am genuinely excited to see what the future holds for such an obviously talented filmmaker.

In the end, a very commendable indie horror film was made and was thoroughly enjoyable. Again, it rides the line, but progresses naturally and should be given a chance. Royal Jelly may not be perfect, but it has a delightful premise and enough blips of charisma to make it not just watchable, but pretty damn good. 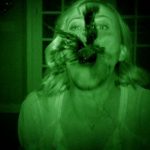 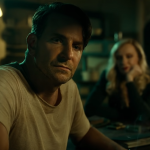