Have you seen The Descent? This is considered one of the best horror films of the 21st century with its dark and intense setting and horrifying creatures. But I will be the first to admit that I have not actually seen it…but it was the first thing I thought of when I started watching It Came from Below. Creepy dark cave…creature inside…why wouldn’t it try to channel that same kind of success? This is a great set up for a horror film that is rich for scary moments.

I am sure there were these influences for writer-director Dan Allen but what does he bring to the table to make It Came from Below stand out? From the start of the film, the opening scene really sets the stage for the rest of the film. There are some creature feature thrillers from the jump with the monster from below attacking. The scene shows some of the film’s flaws especially with some overly dark cinematography (I know it is in a cave but when you cannot see anything, it defeats the purpose of building up a scare). From what you can see, the creature is frightening and there is serious tension.

But does the film offer more than hard to see scares? Luckily it does. Allen channels some serious tension with some well-crafted suspense. One sequence utilizes a character’s camera phone as it takes video in the dark of the cave. This scene defies basic telegraphing of horror sequences and is a creative way to build suspense. There is a lot to admire about the sequences in the film like this one that try some different things. There are also more things occurring in this film than some creature in the darkness of a cave. These other elements are admittedly confusing from a narrative standpoint and logic standpoint, but they sure do build the tension well.

There is plenty to say about the horror elements in the film about what about the story and characters? It is safe to say that these elements are at most serviceable in the film. The characters are not particularly layered, but they do meet basic empathy thresholds, so you do care about them on a human level. The lead, portrayed by a committed Megan Purvis, has familial baggage that connects her to this journey into the cave. Not all the character actions are logical or make sense per se, but they do set up solid scares along the way. If a compelling narrative is not required for your horror enjoyment, you will appreciate this creepy descent into the cave.

So…should you check out It Came from Below? Based on my last statement, the need for narrative and character connections will highly influence that decision. If you can get past the lack of interesting and deep characters, there will be a good number of thrills to enjoy. Otherwise, this cave just might be too shallow for your liking.

horror reviewsIt Came From Below 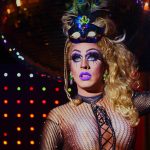 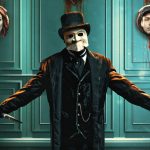