The masterful special effects work that goes into creating the ghouls and madmen of the silver screen is a double-edged sword: the breathtaking displays of talent demonstrated by SFX artists also run the risk of serving as a barrier between the audience and the performer beneath. But as director Thomas Hamilton’s new documentary explains, the performances of a truly superb actor shine through no matter how many layers of latex and grime they’re buried beneath.

Boris Karloff: The Man Behind the Monster aims to capture the true humanity and spirit of the titular actor, whose most famous roles were wayward souls, torturous tyrants and the living dead. While it’s a relatively no-frills production, Hamilton’s retrospective is equally educational as it is revealing. Charting Karloff’s 60-year career from stages to screens big and small, The Man Behind the Monster absolutely lives up to the promise of its title by drawing from interviews with film critics and historians, filmmakers inspired by Karloff (including Guillermo Del Toro, John Landis, Joe Dante and more) and daughter Sara Karloff.

Documentaries of this variety can fall prey to simply being love letters to their subject and little more, which are ultimately harmless but bear little substance. While there’s understandably plenty of praise for Karloff as both an actor and person to be found here, the film delves into the lows of his career with as much honesty as it does his many highs. We get a well-rounded perspective of an actor who battled to find his place in Hollywood from his earliest days to his ultimate curtain call in the late 1960s.

For those who have already consumed every book and tidbit on the life of Karloff, The Man Behind the Monster might not offer any mind-shattering revelations, but it should be considered an essential resource for those wanting to learn more about film history and an actor whose legacy still brings shock, awe and inspiration generations after his passing.

BORIS KARLOFF: THE MAN BEHIND THE MONSTER is now available in theatres. 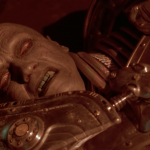 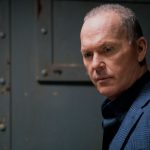