Asbæk plays the vampire familiar who prepares for the arrival of his master and does plenty of dirty work, says THR, who have the scoop.

The actor, lauded for his work in Denmark, is fresh from shooting James Wan’s “Aquaman and the Lost Kingdom”. Wan is a producer on “Salem’s Lot”, suggesting he might have put Asbæk’s name forward to play Straker. 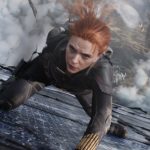