“Foundation” showrunner David S.Goyer (“Blade”, “Batman Begins”) has an epic plan for the Apple+ series – and it starts with an eight-season run.

Speaking to /Film, Goyer confirmed that his roadmap for the series involves eight seasons.

“When I presented the plan for season one, Apple knew that it was a big undertaking, and they wanted at least some inkling that I had a direction of where I was going in future seasons. So I did present a loose plan for eight seasons. And there are definitely story moments and threads that are set up in season one that will not pay off in this season. But at least we know what we’re writing towards. We’re not just starting from scratch. There is a roadmap.”

Patience, says Goyer, might be needed for those wanting answers to questions now.

“I love it when a little offhanded moment that happens in episode two pays off in episode eight, or even in a later season. I like the universes of these big epics to feel fully lived in and 360 degrees. I like it when there are shades of gray. I like it when not every question is answered. I will say, in this season, we answer a lot of questions, and there are some questions we don’t answer. And hopefully, the audience will be patient, because if we haven’t answered a question, there’s a reason why we haven’t answered a question. And it’s not because we forgot about it.” 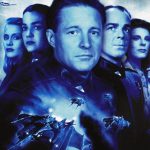 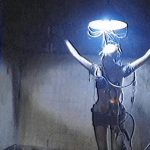