With a large array of releases pushed back due to the ongoing pandemic, the few Australian cities whose cinemas are still open have been forced to seemingly scan the archives for anything they can screen. 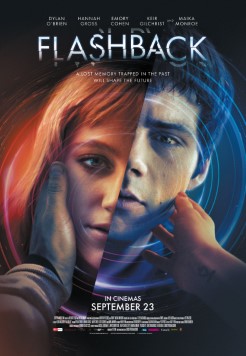 Latest surprise bigscreen release is “Flashback”, released earlier this year in the U.S, starring Dylan O’Brien as a young man, cursed with freaky visions, out to find a missing girl.

The pic, also starring Maika Monroe (”It Follows”) and Hannah Gross (”Joker”), was written and directed by Christopher MacBride – the talented chap behind the highly-underrated “The Conspiracy” (that is well worth seeking out, if you haven’t had the pleasure).

Fredrick Fitzell (Dylan O’Brien, The Maze Runner franchise) is living his best live ― until he starts having horrific visions of Cindy (Maika Monroe, It Follows), a girl who vanished in high school. After reaching out to old friends with whom he used to take a mystery drug called Mercury, Fredrick realizes the only way to stop the visions lies deep within his own memories, so he embarks on a terrifying mental odyssey to learn the truth. This mind-bending thriller also stars Hannah Gross (Joker) and Emory Cohen (Brooklyn). 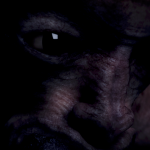 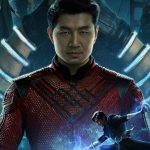