Showtime has revived the official “Dexter” podcast with the premiere of “Dexter : New Blood Wrap-Up with Scott Reynolds”.

In conjunction with the 15th anniversary of the “Dexter” premiere, the podcast – which will be available everywhere – will launch Friday, October 1, and will continue its spree with new episodes every Tuesday for 16 weeks. To listen to the trailer and subscribe to the podcast, click on this link.

Ahead of the world television premiere of “Dexter : New Blood”, Reynolds will give fans their fix by fleshing out the episodes and dissecting the characters and plot twists with razor-sharp precision. The podcast will provide exclusive behind-the-scenes access and feature special guest stars from the cast and the brilliant minds who bring the show to life, including Michael C. Hall (“Dexter Morgan”), Jennifer Carpenter (“Deb Morgan”), John Lithgow (“Arthur Mitchell”), showrunner and executive producer Clyde Phillips, the writers and many more on the hit list.

“Resurrecting America’s favorite serial killer puts viewers in the passenger seat as I, along with my special guests, will lay it all out on the kill table,” says Reynolds. “This podcast is the perfect companion piece to cut deep into the dark drama that’s Dexter. Was he a good guy doing bad things or a bad guy doing good things? Or was he just a misunderstood man with a large collection of knives and way too much plastic wrap?”

On the small screen, “Dexter : New Blood” picks up 10 years after Dexter went missing in the eye of Hurricane Laura; he’s now living under an assumed name in the fictional small town of Iron Lake, New York. Dexter may be embracing his new life, but in the wake of unexpected events in this close-knit community, his Dark Passenger inevitably beckons. 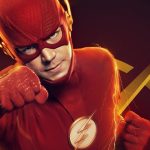 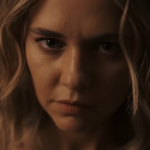