Aaron Horvath and Michael Jelenic will direct the film, based on a script by Matthew Fogel.

The black and white image makes it look like this is a memorial for Chris Pratt, with his last words being "Mario". pic.twitter.com/FaT4KTX1p8

Wouldn't it be some shit if the movie comes out and Chris Pratt has a really good Mario impression pic.twitter.com/K2jl9JWlKN 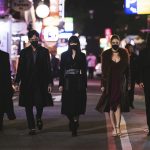 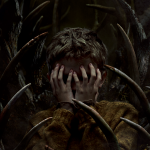