Over the weekend, James Wan showed off a new ‘stealth suit’ that Jason Momoa’s Arthur Curry will be wearing in “Aquaman and the Lost Kingdom”. Today, Wan posted a pic of Patrick Wilson’s Orm/Ocean Master, looking very muscular and very… shaggy.

The DC Comics sequel is currently lensing in Hawaii with Momoa, Wilson, Amber Heard, Temuera Morrison, and Dolph Lundgren all reprising their roles from the original.

Patrick Wilson and James Wan on the set of ‘Aquaman 2’ pic.twitter.com/zURlBJ9l8c

❝Here’s Jason Momoa in the classic #Aquaman suit AND a sneak peek at his other outfit — the stealth suit. Atlantean tech based on cephalopod’s camouflaging ability. David Leslie Johnson and I were inspired by the 80’s “blue suit”.❞

“Aquaman and the Lost Kingdom” is due for release late 2022. 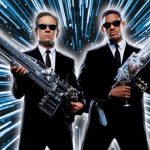 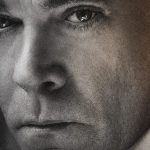