Who else got excited when they heard that James Gunn was going to make a movie about the Suicide Squad? I know I did! This seemed like the perfect combination of characters with Gunn’s darkly funny, violent, and gory sensibilities from earlier in his career. Gunn went in the direction of a Dirty Dozen style war film as his squad of absurdly crazy supervillains go on a mission to take out a strange science facility on the island of Corto Maltese. This film is over-the-top, campy, dark, and funny as it realizes exactly what it is (which the Suicide Squad film from 2016 did not).

How does Gunn’s vision translate onto the big screen? There are buckets of style in The Suicide Squad. Gunn delivers a few inspired sequences that use great camerawork and effects to make unique action sequences that you have never seen before. The music is used sparingly and effectively as each music choice captures the spirit of the scene without being obnoxious. The film has a brisk energy about it even when it takes time to breath and give strong character moments. The biggest part of Gunn’s approach to discuss is the blood and guts of the film. If you are averse to violence and gore, this film is not for you. There are plenty of gory and bloody moments throughout this film and it does not pull punches. The film realizes how absurd it is and leans into it. This is a WEIRD film. You have a giant space starfish and a humanoid shark god in it. Let that sink in.

Does Gunn’s script match his no-holds-barred direction? There is plenty to enjoy about the story that Gunn brings to the film. It certainly leans into plenty of tropes and does not give a unique narrative, but Gunn is able to pack so much along with it that you can get past that fact. The underlying themes of geopolitics and how the US government gets involved around the world is surprisingly sharp and effective. This depth (even if it is sometimes offset by too many generic characters representing Corto Maltese) is refreshing in a film that could easily ignore those issues. The story structure is potentially stale since everyone wants to do non-linear storytelling these days, but Gunn’s screenplay can use it to build intrigue and anticipation to see how it all plays out. There are scenes that could have been cut out as they are not essential to the narrative, but I still enjoyed them for your craziness and nicely written character moments. Not all characters are equal in this film (which is fine since there are so many) but the important thing to know is that no one is safe!

Speaking of characters…they are the most important part of it, right? We have a few returners with Margot Robbie killing it as always as Harley Quinn (including showing some growth in the relationship department) and Rick Flag (Joel Kinnaman) who is considerably more engaging this time around than in Suicide Squad. Idris Elba is great as a tired and annoyed straight man in Bloodsport who even has some solid motivations. Ratcatcher II is probably the most unexpected addition who is portrayed by a pleasingly charismatic and empathetic Daniela Melchior. John Cena absolutely kills it as Peacemaker who is a walking contradiction and a great representation of the American policies being criticized in the film. Sylvester Stallone is a riot as the deadly yet loveable King Shark. The strangest addition and wonderful standout, David Dastmalchian’s Polka Dot Man (anything I say about this character would be a disservice to you all). I could just write an entire article about the characters and performances…but just take my word for it that there are plenty more to enjoy.

How did James Gunn make this film work? He has a special way of highlighting the strangest and marginalized characters while also delivering pathos along with gore. That is a feat to be praised. This is fun, absurd, and surprisingly vocal in the themes and commentaries it channels. 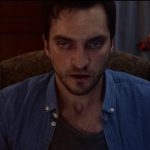 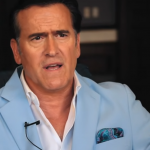