Who is ready for the best horror film of the season? That is quite the bold statement on my part…but The Night House earns that title. What about it makes it so impressive? This is one of those types of films that transcends its genre and delivers something so deeply human. The film combines top-notch acting, deep themes, terrifying scares, and a mysterious plot that will fully engage the audience from start to finish. Are you ready to hear more?

What is the most important thing that needs to happen in a horror movie? It needs to scare you! Too many horror films lean on tired tropes and poor jump scares that never deliver the goods. But that is not The Night House. Director David Bruckner delivers a unique and chilling experience in the form of this horror film full of grief, loss, and pain. The atmosphere will chill you to the bone with its perfect framing and great use of shadows. There is tension around every corner and suspense that looms all the way through the end (even in its final moments). The editing of the film is precise in its fluidity which elevates its dream-infused approach to terror. When do they begin? When do they end? What is real?

What do you need besides the frightening moments in a film? You need to feel it. The film needs to draw out your emotions and take you on a meaningful journey. This film does that better than you could ever expect. This emotional roller-coaster is incredible as you feel so deeply with our protagonist, Beth, who mourns the suicide of her husband. Why did he do it? What does it mean for the future? Bruckner can make the audience care so much as the film takes its time to devote scenes to Beth’s personal journey. Not only that, but the scary moments also come directly from this deep-seated personal tragedy. Honestly, the finale did not 100% deliver for me because I felt like it left that personal journey too far behind (that is how much I cared). What this film has to say about mourning loss and valuing life is so profound and adds layers of meaning to the cinematic experience.

But what is the anchor that holds this film together? Rebecca Hall. Her performance will (hopefully not) be the next horror film leading actress performance that will get fan love everywhere but not get awards recognition. Hall can bring a raw and emotional take on this mourning character as she struggles through every scene to hold her emotions together. This rawness is life, an emotional live wire that will zap directly into the veins of the audience. We can feel her pain in every scene allowing the audience to empathize. Sarah Goldberg delivers a memorable and endearing supporting performance that helps ground Hall’s emotions and, in turn, the audiences. Along with some quality supporting work, Hall can stand tall in this triumph of acting.

With so many things resonating for the audience, can the narrative too? This is where some of the cracks appear. First off, this is a mysterious and enthralling tale that will quickly capture the imagination of its cast. With these raw and painful dream sequences persisting throughout the film, the audience is challenged to find out what is real and what is deep-seated trauma manifesting. This personal story of loss and a wife’s feeling of betrayal becomes increasingly tense and suspenseful as more light is shined on the secrets of Beth’s husband. The natural and effective pacing nails this descent. Then we arrive at the end. What is revealed felt a bit uninspired compared to what is only hinted at throughout the film. Don’t get me wrong…it is shocking and effective…but the resolution feels lacking in one major area.

What do you think? Are you ready to experience The Night House? If you need to psych up, do it right now. This is worth your time and investment that you commit fully to this role. Forget just getting some high-quality scares (which The Night House does). Take those effective moments of this story and pump in some raw and moving human emotions that fill out this beautiful and chilling film. 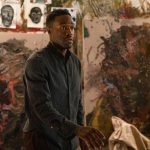 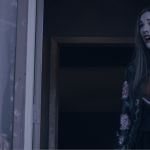