Is it future or is it past!?

Over the past year or so there have been a Formica table’s worth of rumours suggesting that David Lynch’s new series at Netflix – said to be utilizing working titles “Unrecorded Night” and “Wisteria” – is actually a direct follow-up to Showtime’s “Twin Peaks : The Return”.

Lynch had said in previous years that he was considering a return to “Twin Peaks”, and seemed particularly interested in telling more of Carrie Page’s story.

With “Wisteria” being one of the rumoured working titles for the new series, it was very interesting when – a month or so ago – “Twin Peaks” cast and crew started posting pictures of the wisteria flower on their socials. From Kyle MacLachlan to Michael Horse and Amanda Seyfried, quite a few of those involved in the last season of the cult series seemed to simultaneously post similar pics.

Either most of the “Twin Peaks” cast is involved in Lynch’s new, “unrelated” series or they’re hinting that an exciting announcement is just around the corner. Are we headed back to the Great Northern!?

Well, Sabrina Sutherland sure isn’t shying away from connecting it all to TWIN PEAKS. (And using her purple heart emoji 💜 she’s been using a lot, the color most associated with wisteria…). These are historical photos from TP:TR filming, but still. Make of it what you will! pic.twitter.com/xOmYnpUE1u

Sutherland has also been liking a few posts that add fuel to the fire. In addition, she’s being very careful how she answers questions :

On IG, Sabrina Sutherland (exec. producer of TWIN PEAKS and, reportedly, WISTERIA / UN) was just asked about why production announcements are sometimes delayed. The exchange, including her reply, is below.

Given how many caveats are in the q, it’s hard to read much into it. pic.twitter.com/D3sVff5lFy

There’s also a couple of purported insiders leaking information. One, said to be involved in the last season of “Twin Peaks”, says that Lynch is indeed working on the next season.

See below for some of that :

A Reddit user who claims that a friend of theirs was “Lynch’s production assistant on Twin Peaks: The Return” reports that “apparently they are working on another season.”

Perhaps take with a grain of salt, as it’s hard to know how much to trust a random Reddit user. pic.twitter.com/O3rtYTRuJL

Now the Reddit post that’s the subject of the first post in this thread (see below) has been deleted on Reddit.
Maybe b/c they didn’t want to get their friend in trouble, maybe b/c it was untrue, maybe b/c they spilled coffee on the keyboard; who knows. https://t.co/dxbLodFT2D

So there you have it, rumour is this new David Lynch series films from next week (if that’s not on the money, it would seem to be very soon) and the cast/crew don’t seem to be doing themselves any favors if they don’t want us to think it’s “Twin Peaks”-related.

Best advice? stay tuned to some of those accounts on Twitter – particularly the wonderful Fate Colossal, the must-read daily posts at Obnoxious and Anonymous, and the legends at Twin Peaks Archive. 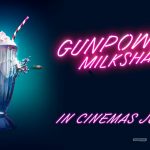 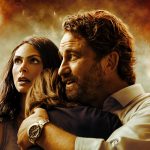