Are you a fan of Megan Fox? She exploded onto the scene with her starring role in the Transformers franchise but she has not been on that same level of stardom since. But she has been popping up in films over the last few years whether they were with giant turtles or she was taking the lead as a mercenary. But now we get to witness Fox in the leading role of a new horror/thriller where she acts alongside…a corpse! Sounds like a particularly challenging role to be able to carry a whole film on one’s shoulders. But does Fox sustain that weight?

First off, the premise of Till Death is a woman is handcuffed to her now dead husband and must find a way to survive. Does this sound familiar? It certainly does…if you have ever read or watched Gerald’s Game. This Stephen King tale sets the stage for such a film like Till Death to exist. This film does try some new things with the concept like actually attaching the wife to her husband instead of the bed. They also were at odds and the husband killed himself. Then throw in some assassins for good measure because Fox’s character needs to die too apparently. But do all of these extra frills bolster the story? No…but it is more complicated than that. But let’s start with our lead. Throughout the film, Fox delivers her dialogue with a stiffness and lack of zeal that made it hard for me as a viewer to connect. I never really connected with her…which in turn means I never really cared. I never once believed Fox in the role.

But can the film overcome a lackluster lead? Well…the rest of the cast is not much better. Whether you are looking at Fox’s lover at the beginning or the husband who she very obviously does not have a great relationship with, both actors feel quite flat. So this film is definitely not delivering on the acting front…but how about the filmmaking? First off, this definitely doesn’t have Mike Flanagan like Gerald’s Game did. But Scott Dale does show some promise. There is a sleekness and visual appeal to the film. The framing is well done and there is a level of tension that works for the film. When it comes down to it, there are enough fresh elements and thrills in the film to at least make it stand out.

Till Death might not be straying too far from a formula but is it worth your time? I guess that really depends on your level of standards for horror/thrillers? If you can enjoy a solid set up and some solid thrills, sit back and enjoy the show! If you want something that will blow you away…look elsewhere. 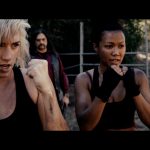 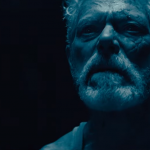